We write from the Femicide Census, the UK’s only resource documenting the number of women killed by men. Our research has been used by the Home Office and the police, for example, when state bodies need to cite data on women killed by men. This is because the UK government and state agencies fail to collate this data.

On 25 January 2022 we were alerted via Twitter to an incident where we understand a woman was arrested by Gwent police for ‘displaying threatening or abusive writing likely to cause harassment, alarm or distress’ after putting up posters, referred to by Superintendent Vicki Townsend as ‘offensive material’. In particular our attention was drawn to one poster that read ‘3+ KILLED BY MEN EACH WEEK – DOMESTIC VIOLENCE KILLS.’

It is unclear from communications from Gwent police why that particular poster that contains this statement constitutes ‘offensive material’ or is ‘threatening or abusive writing likely to cause harassment, alarm or distress’. However, it is of great concern to us if this statement has led to an arrest, both for the woman concerned and as well as our organisation and all the journalists and other bodies that use our data, which effectively states the same thing: that women are killed by men.

Femicide is internationally recognised, and although definitions vary, all are based on the premise that a woman is killed because she is a woman, and the killing in most cases is perpetrated by a man or men.

Within the UK we have used the term over the 8 years that the Femicide Census project has been in existence and used it within numerous reports and countless newspaper articles and interviews. Our research has shown that over a ten-year period a woman was killed by a man every 3 days. This includes women killed by current or former partners, sons, other family members, acquaintances and strangers.

This statistic was repeated by DCC Maggie Blyth, the National Police Chief’s Council Lead for Violence Against Women and Girls in the Foreword to Policing Violence Against Women and Girls – National Framework for Delivery: Year 1 “In the UK, a woman was killed by a man every three days on average between 2009 and 2019”. We understand this framework sets out how all police forces, including Gwent, are expected to combat men’s violence against women and girls.

While we do not use the statistic ‘3+ women a week are killed by men’ as used in one of the apparently ‘offensive’ stickers, this is because our data relies upon convictions for killing, or where otherwise men are held legally responsible and takes an average from data collated over a 12-year period. However, our figures fluctuate each year so in 2010, and 2011 and 2018 for example over 3 women a week were killed by men from our own data. In addition, the statistic used by the woman you have arrested could include a number of different variables which would make the statement factually correct every year: where there is a body but no perpetrator has been arrested, or where the woman is missing presumed dead. There are also ‘hidden homicides’ where suicides, falls from heights or overdoses, for example, mask intentional killings. Given that statistically women commit far fewer murders than men, and even less murders of other women, there is a near certainty that these other women were killed by men.

All of our data is based on FOI requests to every police force in the country including your own. Gwent police have responded to our request every time. This is why we know that 85 women were killed by men in Wales from 2009 – 2020, 53 killed by a partner or former partner and at least 16 women were killed by men in the area covered by Gwent police alone. We should also point out that thankfully, not one trans person has been killed in Wales over the past 12 years since our data set began.

We are at a loss to understand why the true nature of men’s fatal violence against women could constitute ‘offensive material’ by stating facts of that violence. And particularly given these facts have been used nationally by the College of Policing and the National Police Chiefs’ Council in its own violence against women and girls delivery framework that Gwent police itself should be implementing. 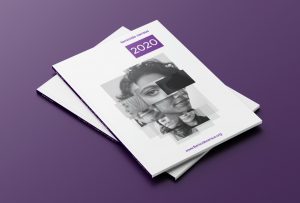