Within hours of Jake Davison killing five people (three of them females) this week, the local MP for Plymouth Moor View, Johnny Mercer, was quick to echo the familiar ‘isolated incident’ refrain, saying that the incident was no longer ongoing and there was no reason for people to be afraid. With the scale of men’s violence against women in the UK, including fatal violence, we think women have plenty of reason to be afraid. When, as the Femicide Census has shown, on average, a woman is killed by a man every three days in the UK, we should not think about isolated incidents when we look at men’s fatal violence against women but should look for connections.

Those with the power to set the public policy agenda are failing women and in turn their families and the wider community. Often in the case of mass shootings, fortunately relatively rare in the UK but less so in the USA, the first victims are female family members or intimate partners of the killer.

Failure to view Davison’s killing spree within the context of femicide means that we do not look for the links between him killing his mother, Maxine Davison, and the nine other UK women we have identified so far this year, with their son as the suspect in their murder. In fact, in the UK women who are mothers of males are more likely to be killed by a son than by a stranger. In 2020, at least 13 UK women were killed by their son, in 2019 it was 14, and between 2009 and 2018, 109 women, on average 11 a year, 8% of women killed by men in the UK, were killed by their son. Mental ill health, problematic substance use and relationships failures all have a high prevalence in the backgrounds of men who kill their mothers. It has been reported that Maxine Chapman/ Davison had been trying desperately to get help for her son. And whilst men kill their fathers almost as often as they kill their mothers, females are much less likely to kill a parent of either sex.[1]

Failure to consider Davison’s actions in the context of sexual objectification and commodification of women means that questions about male entitlement and the role of pornography and prostitution amongst the motives of men who abuse women are rarely considered by anyone other than feminists. Davison bemoaned his lack of sex. He referenced the incel (involuntary celibate) movement several times in his YouTube recordings but said he didn’t ‘clarify’ with them.

Men’s sense of the sexual entitlement, their sense of their right to access and own women is a much bigger problem than the incel movement. The Femicide Census has found several examples of men killing women who rejected their advances, including the killings of women who were involved in prostitution and who did not agree to be sexually available only to the man who would later kill them. The context of a rejected advance can be found in numerous cases of femicide. The belief that a man has a right to sex is behind a current case in the Court of Appeal where a judgement that it is lawful for a care-worker to procure a prostituted woman for a disabled man is being challenged.

Men’s entitlement and sense of ownership of women is a frequent factor in domestic violence and abuse too. In the case of intimate partner femicide, we found that 43% of women killed by a current or former partner were known to have taken or be taking steps to separate.  Of those, over a third were killed in the first month post separation and 73% within the first year.

Failure to identify misogyny as a red flag means this was not looked at as a concern when Davison’s gun licence was renewed. The Femicide Census shows that we’ve been here before. In 2012 Michael Atherton shot dead 3 women (his partner, her sister and her niece/her sister’s daughter) and injured a fourth, in Sunderland before killing himself. Atherton had a history of violence against women and had made threats but after confiscation his licensed guns were returned to him with only a promise to behave. At the 2013 Inquest the Coroner made specific requests to the Home Office to review the gun licensing laws in order to prevent future killings. But yet again it appears no lessons were implemented to stop history repeating itself with devastating consequences.

We learned this week that 23-year-old Daniela Espirito Santo, from Grantham, was failed by the State.  She called the police about her violence partner’s assaults on her seven times in the year before her death. One the day that she died, on 8 April 2020, she had called the police in the morning and reported that Julio Jesus had thrown her on the bed and grabbed her neck. Within hours of his arrest he was released on bail and immediately broke the bail conditions that said he should not return to her home, attacking her again within two hours. He had left before she was able to call the police again and was found dead when they finally arrived at her home. A consultant cardiologist argued that stress or an argument could have contributed to the heart failure caused by Daniela’s pre-existing heart problem, so a charge of manslaughter made against him was dropped and he served only 10 months in jail for two counts of assault.

The State must recognise that femicide and its causes are not identical to those of homicide. We know there are overlaps but unless we believe women who tell the State that men are a danger to them, unless we ask why men who ‘need help’ turn that need into violence against women, unless we are willing to look at male entitlement to women, men’s sense that access to women’s bodies is their right, men’s belief that it is them and not women who decide when a relationship starts and when it ends, then attempts to reduce men’s violence against women are doomed to fail.

In memory of Bibaa Henry and Nicole Smallman We are found in a park with our sister, after dancing under the stars; we are found

Who is killing our daughters?

Yvonne Roberts on the killings of 272 young women asks ‘Who is killing our daughters?’ as part of our joint campaign with the Observer. Read 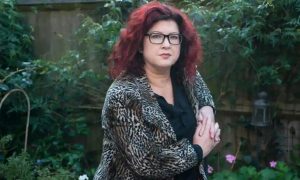 Karen Ingala Smith talks about the women whose deaths pressed her and Clarrie O’Callaghan’s to demand change and create the Femicide Census.   Read the